Personal menu
Back to all 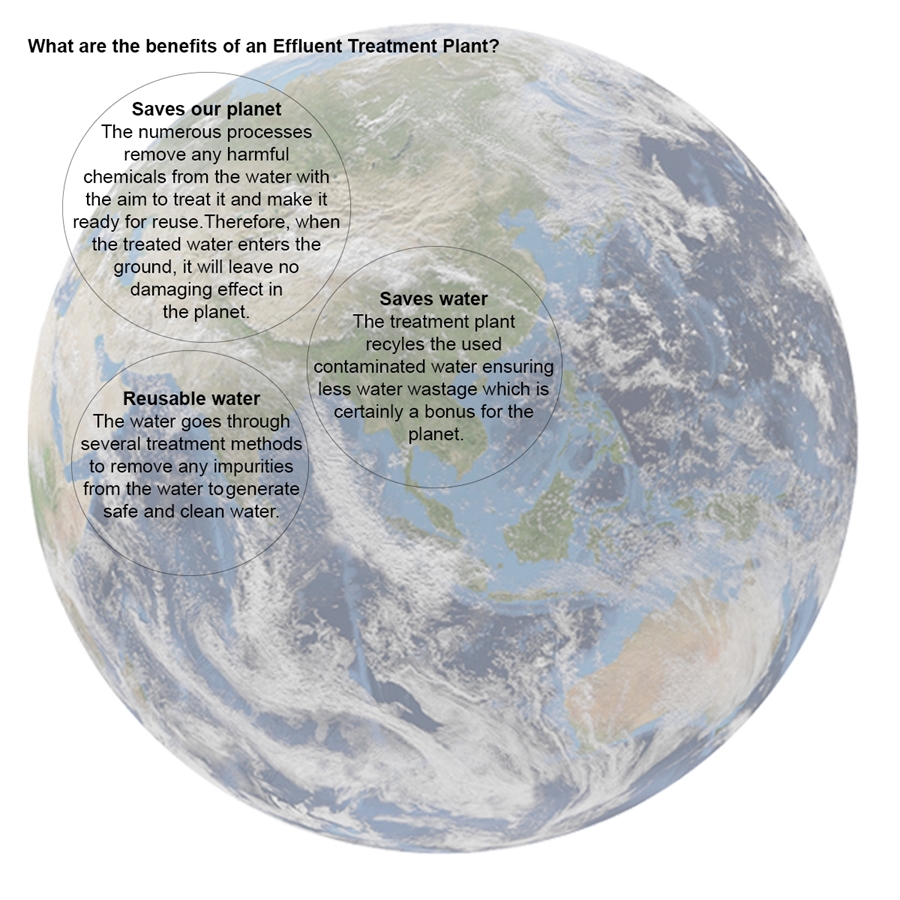 This Earth Day, a day designed to drive, educate, and activate environmental changes worldwide, we would like to highlight one of the positive steps that our factories are taking to combat water waste and pollution.

Through incorrect disposal, the garment industry is responsible for polluting water supplies around the world with toxic chemicals and dyes, but it doesn’t have to be this way. To protect the environment and the communities, our factories have their own Effluent Treatment Plant (ETP) so they can treat wastewater created in the dyeing and finishing process to remove any harmful chemicals. The clean water can then be safely released into the environment.

What is the Effluent Treatment Plant?

The contaminated water is passed through the ETP, which removes pollutants, and the quality of water is restored, allowing for release to the environment without causing any harm or risk to local communities. It involves different phases of treatment containing physical, chemical, and biological treatment to ensure all toxic chemicals are eliminated and can achieve the clean water standard required by its treatment process. There are several steps of the treatment process before the water it can be reutilised and reused.

To remove physical and coarse materials in the effluent, it is passed through the screening equipment. The material that has been removed is then washed, pressed and disposed of.

The screened wastewater is then pumped through the grit chamber to remove heavy but fine material, such as sand and gravel.

Large circular tanks called clarifiers carry out the material that will settle to the bottom of the tank. The settled material is called sludge, which is pumped to the bottom and the effluent exits the tank by the top. Floating debris, such as grease, that is found on the surface is skimmed off and sent with the sludge. Chemical treatments are also added at this stage to remove inorganic forms of phosphorus.

The effluent receives most of its treatment at this stage through biological deterioration. The pollutants in the effluent are absorbed by micro-organisms and converted into cell tissue, water and nitrogen.

At this step, the effluent is now over 90% treated. Again, as per step 3, large circular tanks are used. However, this time they are called secondary clarifiers, which allow the treated effluent to separate from the biology treatment that was used in the aeration tanks. The biology sludge is pumped continuously to the bottom and returned to the aeration tanks in step 4.

Polyester media is used at this step to filter the clarified effluent. The material captured by the filters is backwashed and returned to the head of the ETP for treatment.

After filtration, an ultraviolet disinfectant is used to ensure the treated effluent is free of all bacteria. This treatment kills any remaining bacteria to levels inside the government discharge permit.

At the final step, the treated water, which is now in a sustained high-quality state, is ventilated to bring the dissolved oxygen back up to standard level. Once this has taken place, the treated water passes through the effluent channel where it’s released back into the environment for safe reutilisation.

Benefits of an ETP for Earth Day

People weren’t aware that polluted and contaminated water can be recycled and reused before the acknowledgment of this advanced technology. The water goes through several treatment methods to remove any impurities from the water to generate safe and clean water.

The numerous processes remove any harmful chemicals from the water with the aim to treat it and make it ready to reuse. Therefore, when the treated water enters the ground, it will leave no damaging effect on the planet.

The treatment plant recycles the used contaminated water ensuring less water wastage which is certainly a bonus for the planet. Factories and communities can recycle the water by using it for their own beneficial needs.

Please allow at least 2 hours before attempting collection. We strongly recommended calling prior to arrival to ensure your order is ready for collection.

Orders placed after 16.30 will be despatched the following day.